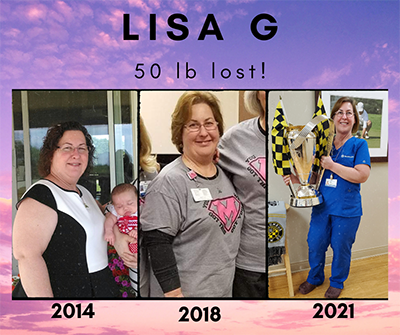 I started seeing Dr. Reddy for my thyroid a handful of years ago and was very pleased with her caring and complete diagnosis of my thyroid and my all-around health. She was very kind and considerate when talking to me about being a heathier person and suggested the weight loss program there at DECO.  I resisted for a while, mostly because of the cost. After a while, I decided that my overall health was so much more important to me than the money and I would have spent that money on food or other things anyway. I went on the full plan for a while, then tapered off slowly. I am still following the teachings of the program and have just recently met my healthy weight goal! My dietitian is absolutely amazing and listens to all my concerns and helps guide me to better eating, exercising and overall better health. All my numbers came down to very good levels and I feel so much better and younger – Not to mention my ‘metabolic age’ as measured by the Healthy Living scale has gone from 70 years old to 50 years old (I won’t say exact number but younger than actual age!) with the weight loss and positive body composition changes.  I still call Jennifer, my dietitian, when I need a little time back on the shakes and encouragement.  Dr. Reddy and Jennifer both are very good at motivating and encouraging me to keep going on my healthy journey.  To this date, I have lost 50 pounds on the program (and 80 pounds total since I started my journey).  I am very confident that, with their help, I will maintain for many years to come. Thank you both again for giving me my life back. 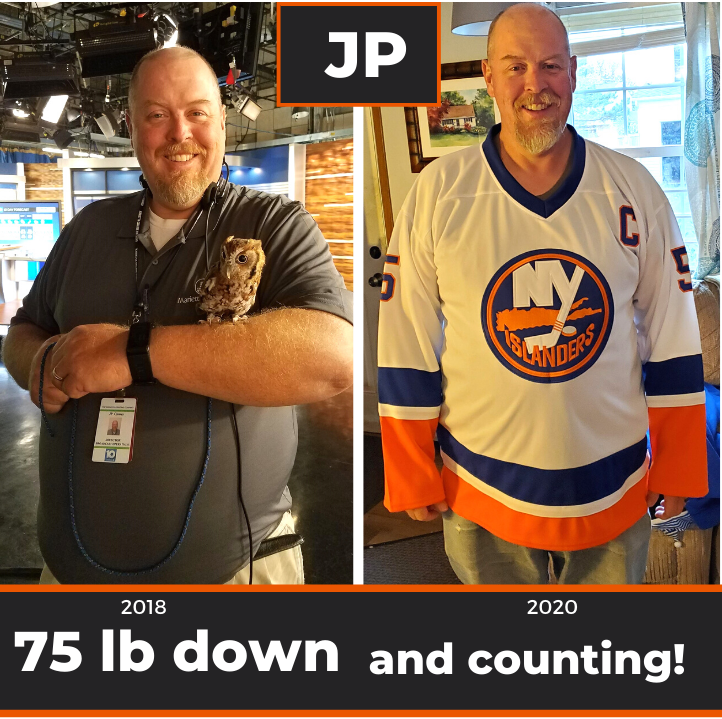 “I have been on the program since February of 2018. Before the program, I never really tried a formal weight loss program, and dieting would consist of me saying “I am going to eat less/better, and doing it for a few days, then not. My real motivation to start was when my daughter became a roller coaster fanatic, and I couldn’t ride with her. She went to an amusement park and all we could do was walk around. She was too little to ride by herself, and I was too big to fit on anything she wanted to ride.

Now that I have been on the program, I never realized how bad I felt before. I didn’t know how little energy I had, or how bad I felt. I didn’t think about how I would avoid going upstairs, or downstairs just because I didn’t have the energy to do it. Using the elevator to go up a single floor seemed like a good idea. Now I choose the stairs whenever I can, and routinely walk distances I would have thought way too far to go on foot.

I won’t say the journey has been easy. Like a roller coaster there have been a lot of ups and downs, but fortunately, weight wise there are many more “downs.” I don’t think I could have done it any other way. The accountability of weekly weigh-ins is a real motivator, and the support from everyone here is really helpful. The shakes have become part of my daily routine, and I think that I would have trouble going back to eating the way I did. They say that the cost of the shakes is offset by not buying as much food. I think that is true, but I have also saved a lot of money on medication, since I don’t need nearly as much as I used to.

Losing the weight has also helped my confidence. It is a really great feeling when you get comments like “who is that skinny guy?” or “I almost didn’t recognize you.” Last summer my family went on a 2-week trip to the East Coast where we stopped at 2 different amusement parks. While I couldn’t ride everything, I was able to do and ride a lot more than I would have without the program. I still have a way to go to reach my goal weight, but I am confident that I can get there.” 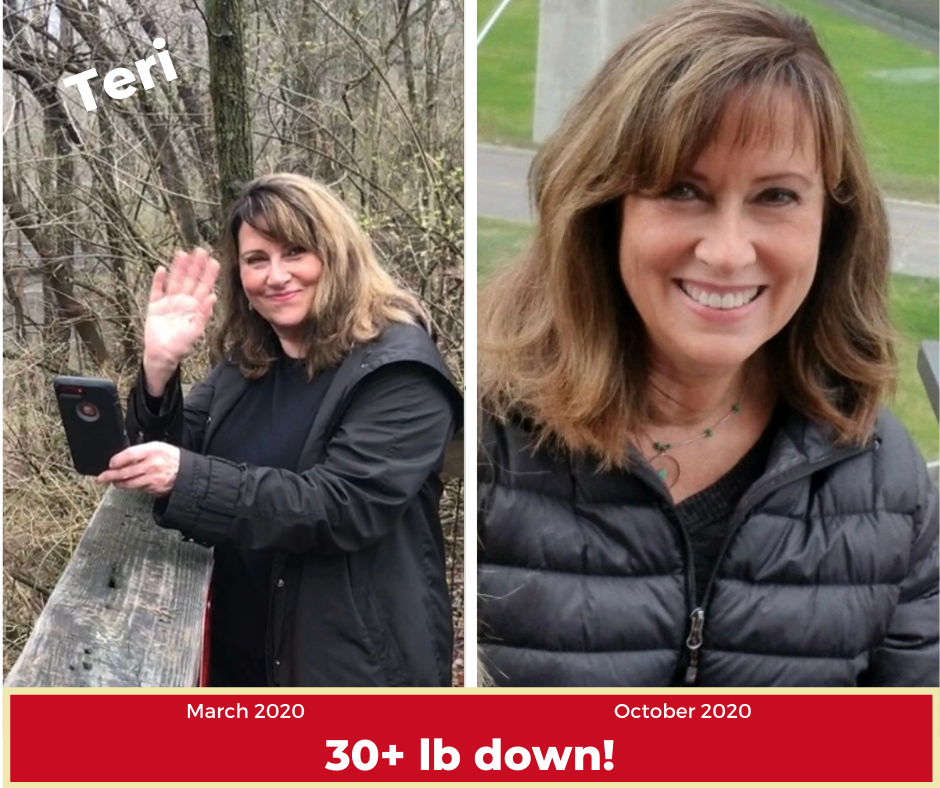 Since I started the DECO Healthy Living program, I lost 10 lbs right away, went from a size 16 to 14. Today I wear size 8’s and 10’s. I feel great about the way I look! My energy levels are incredible. I hike and exercise all the time and feel great afterward. I no longer take blood pressure medication and I’ve cut my thyroid meds in half. I sleep soundly without pain.

My favorite part of the program is working with Jennifer McCann. She’s incredibly helpful - motivates me to stay focused and gives tips about food and exercise as well. I’ve removed unhealthy food from my home. I drink a Healthy Living Protein shake for breakfast during the week and have a protein shake or bar as a snack when hungry outside of normal eating times. Making sure I have shakes and bars available helps me stick to the plan. I would recommend this program to anyone who wants to get healthy and back on track.” 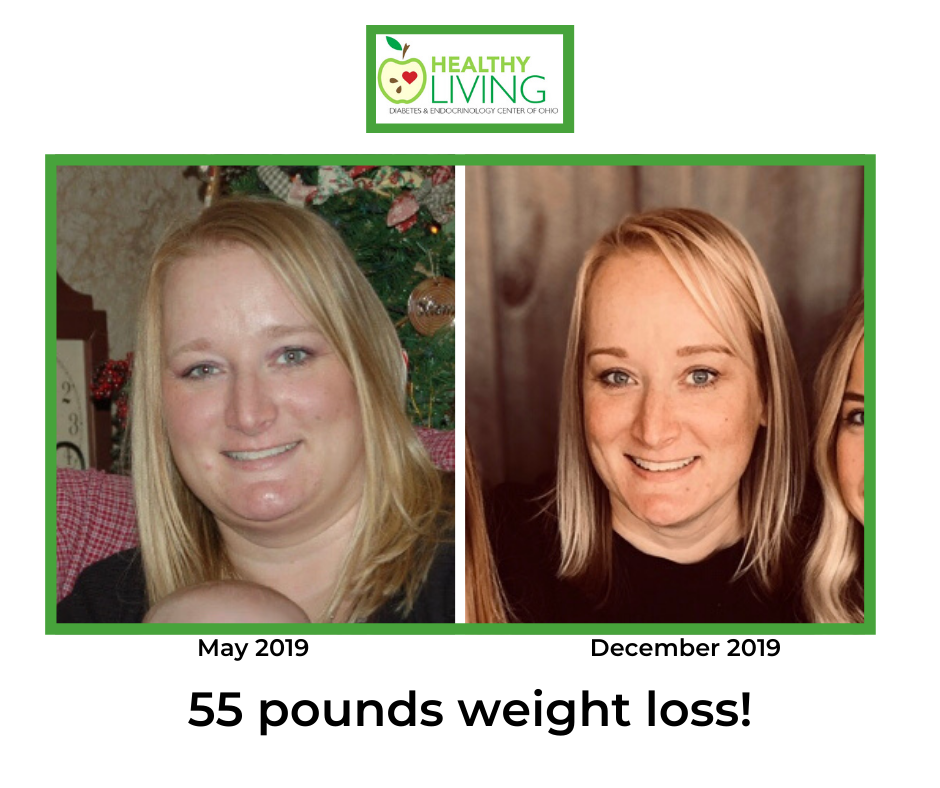 "I have dealt with PCOS and insulin resistance for all of my adult life.  With insulin resistance, losing weight has been impossible for me.  I have tried innumerable diets.....low carb, hcg diet, weight watchers, to name a few.

I worked out with a trainer for 8 months and only lost 5 pounds.  I was beyond frustrated.  I see Dr. Rittenberry for my PCOS and saw the flyers for Healthy Living.  I knew I had to try.  The first two months were incredibly hard.  Dieting is such a mental game.  But luckily, I was in a place that I knew this was my last shot.  If this didn’t work, there was nothing else I could do.  And I needed to give it my all.  I have and I will continue to do so.

I have a greater understanding of what is worth the calories. If I want to splurge on something, it must be undeniably worth it to my taste buds.  I feel better.  I have a better attitude.  I have more energy.  My skin is more clear.  I have my life back from this program, and I will forever be grateful to Jennifer and her help during this lifelong transformation." 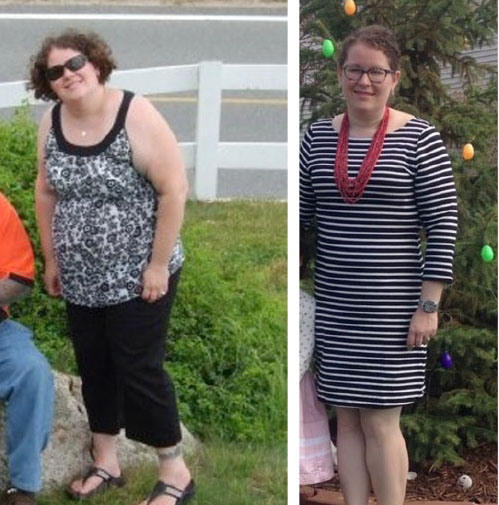 What was your life like before doing the DECO Healthy Living Program? What were some of the challenges you faced?  What health issues did you have? I was diagnosed with Insulin Resistance & Hashimoto’s and I was tired all the time. I felt miserable and trapped in my own body.

Why did you decide to follow the DECO Healthy Living Program?  What motivated you to keep following the program? I was diagnosed with DVT after a knee surgery. All of my doctors told me to lose weight. I decided it was time for a change.  I liked that the program was with Dr. Rittenberry. I adore her! I instantly started losing weight (talk about motivation!!)

What specific results have you experience since following the DECO Healthy Living Program?  What health problems have improved?  Have you changed clothes sizes?  What have you gained (improvement in quality of life) since you have lost weight? My insulin and thyroid levels are down. I was able to discontinue one of my medications because my labs were good. I have gone from a size 20 to a size 12! I have gained energy, confidence and a new outlook on life.

Would you recommend the DECO Healthy Living Program to your friends? ABSOLUTELY!! It has changed my life.

What is/was your favorite part of the DECO Healthy Living Program? I enjoy checking in with Jessica. At first, when I was losing weight she always gave me great tips and words of encouragement. Now, that I am in maintenance mode, I check in once a month to keep me accountable. She is encouraging. I feel like we are in this together.